This year is the 75th anniversary of the Bach Festival Society of Winter Park. Tonight, we attended a free open rehearsal for the big anniversary concert that will be performed on the 20th.

While waiting for the rehearsal to start, Sus had an opportunity to shake hands with the conductor, Dr. John Sinclair.

“Thank you so much for the Christmas Candlelight Processional concerts at EPCOT,” I said.

“Why, thank you for saying that,” he replied. “I just did my 500th performance this past year. I thought I would quit after 500, but I am going to keep doing them.”

After the rehearsal started, Mike especially enjoyed Dr. Sinclair’s comments to the choir and was amazed how the choir could pick right back up after being interrupted. 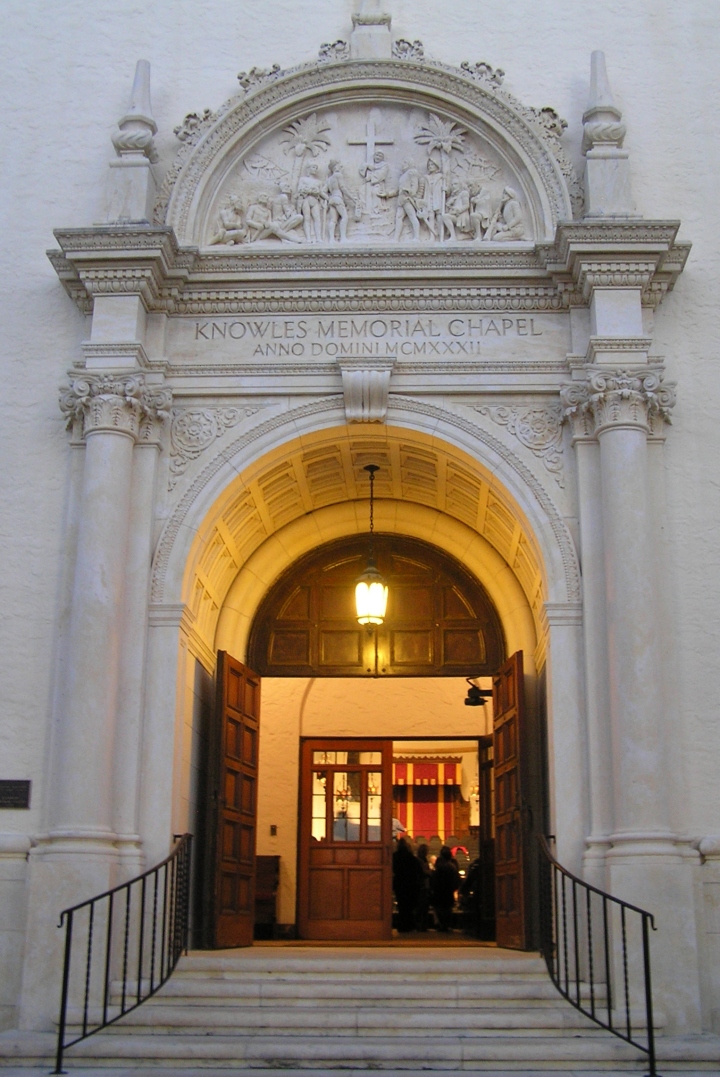 “You tanked on the high notes!”

“I hear individual voices there. Pick back up at measure 46.”

The rehearsal was held in the beautiful Knowles Memorial Chapel on the campus of Rollins College.

What do you think? Cancel reply

This site uses Akismet to reduce spam. Learn how your comment data is processed.

We are missionaries, on staff with Cru. Mike is a senior business analyst while Sus is the blogger and social media person in our family. She is a blogger and consultant at Cru, encouraging other Christians to use technology and creativity for ministry. Here's Sus' four blog sites (and more)... View all posts by mikeandsus

Sign up for our family and ministry newsletter eMails and prayer requests.

Sign up for a weekly email to help you use technology for ministry.

Why Jesus Came to This Earth

Read the Bible in your language

What readers are saying

Does God exist?
Why is there evil?
Does God answer prayer?
How do I find intimacy?
How can you believe the Bible?
Is Jesus God?
What about other religions?
Why do I drink so much?
How do I find my purpose?
How can I know God?

Is it wrong for Christians to say that Jesus is the only way to God?
How much does God forgive?
Welcome to the Bible
Starting With God
Is God In My Life Now?
Faith Is Not a Feeling
Where did Jesus claim to be God?
How can I be sure the Bible is really the Word of God?
How God Changes Us
Will This Last?
get this widget

Enjoy some reading time with your family